This summer has been an exciting time for music, with big releases from pop stars (Ariana Grande, The Carters, Troye Sivan, Shawn Mendes, Kanye West) and indie stars (Father John Misty, Mitski) alike. Below I’ve compiled just a few of the noteworthy records from the summer months as my first reviews for The Page.

This summer has been an exciting time for music, with big releases from pop stars (Ariana Grande, The Carters, Troye Sivan, Shawn Mendes, Kanye West) and indie stars (Father John Misty, Mitski) alike. Below I’ve compiled just a few of the noteworthy records from the summer months as my first reviews for The Page.

On her major-label debut, Lindsay Jordan, the nineteen year-old solo artist behind Snail Mail, rejects the notion that rock music has to be catchy. Not one of the songs on Lush will be stuck in your head after the first listen, but that’s part of what makes this record special. Jordan’s unpredictable—sometimes erratic—melodies leave room for the raw emotional power of her lyrics; a simple word like “Anyways” is a punch to the gut, a shift in tempo a knockout blow. When she sings “I’m feeling low/ I’m not into sometimes,” her every inflection is tired but desperate, recalling high school heartbreaks and summer ennui. Clearly, Jordan is a talented guitarist, and with her interesting rhythms she makes the most out of a guitar-bass-drum sound plenty-heard in indie rock music. Sure, the songs start to blur together by the end of the record, but so do the bittersweet summer days Lindsay Jordan sings of—days where it’s a “hard trip to the kitchen sink” and anxieties about friends and lovers abound. It may sound sad, but when Jordan sings, “And if you do find someone better/ I’ll still see you in everything/ for always, tomorrow and all the time,” she finds a silver lining in life’s ups and downs: the memories that last forever. 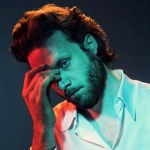 It’s easy hate to Father John Misty. Once a drummer of the ultimate so-hipster-it’s-not-even-hipster-anymore band of the late 2000s (Fleet Foxes), Josh Tillman traded in his flannels and bandmates for sleeker suits and a project of his own. And ever since, it’s felt as though Tillman thinks he’s too brilliant to be spotted in the background of Fleet Foxes videos tapping boredly on a cowbell; his solo project under the name Father John Misty has been grand in every sense—at times overwhelmingly sarcastic, sincere, witty, and silly—to the point that many find him egotistical, even insufferable. But God’s Favorite Customer finds him at his most likable and accessible. His best attributes remain, but in smaller, more tasteful doses. There’s pleasing folk-pop in “Mr. Tillman,” wry balladry in “Please Don’t Die,” and dark humor in “Hangout at the Gallows.” It’s hard to believe that Misty put all that much time into these thirty-eight minutes of crowd-pleasers, but crowd-pleasers they are nonetheless.

Sometimes it feels like Shawn Mendes is simply a product of the popular music industry, a one-size-fits-all star for the masses. However, on his self-titled album, Mendes shows some promising signs of humanity. “In My Blood” soars above the rest of the tracks as a testament to Mendes’ own struggles with anxiety, offering glimpses of him “laying on the bathroom floor,” an image more vivid and intimate than anything he’s offered before. The production on this track is more mature than the acoustic Ed-Sheeran-and-Justin-Bieber-inspired style that dominates his earlier work and, unfortunately, the rest of the album. While a few other tracks have some bite, namely “Lost in Japan” and “Youth,” the rest feels bland, starting with the same rhythm guitar strums and building on familiar folk-pop melodies.

At times, Mendes’ “heartbreak” songs veer into awkward corners lyrically; on “Queen” his condemnation of a woman’s refusal sounds so overtly narcissistic (and sexist?) that it’s hard to believe anyone thought it was a good idea. But, alas, it is a very catchy, fun melody—my favorite, in fact—and while the lyrical and musical content may be lagging on Shawn Mendes’ third LP, there’s at least one moment for everyone that will make them sing along or smile.

Ariana Grande’s Sweetener could be compared to a kiddie ride at an amusement park: bouncy, colorful, and light, but almost too easy. It’s more “experimental,” you may say, than typical pop albums, but there’s nothing risky about it. Grande knows what her audience wants and expects: her music matches perfectly with her pale-pink, bubblegum aesthetic. Every synth, every electric harp, every tinny drum beat on Sweetener sounds straight from a child’s toy set, and occasionally, the pop-diva whips out the Xylophone—in case you hadn’t caught on to her “I’m a little girl” vibe. Some songs make the most out of this style–songs like “sweetener,” a sped-up piano ballad with a fun trap twist, and my personal favorite, “successful,” a funk pop jaunt with frequent reminders of how…wait for it…successful Grande is. Of course, you’ve probably heard “no tears left to cry” on the radio a few hundred times by now, but it fits in well on the album and serves as a good sample of its sound, even if Grande’s vocals never quite reach the drama of “Right now I’m in a state of mind/ I wanna be in like all the time.” Ultimately, Sweetener is an escape, a celebration of pleasure that leaves you with a sugar high.