America’s favorite boy band since One Direction delivers an emotion-packed mosaic of styles in their major label debut. Kevin Abstract’s delicate sensitivity, Joba’s angst, and Merlyn Wood’s humor shine in this first record since Ameer Vann’s departure (he was dismissed after accusations of sexual abuse). Between the “sadboi” songs and bangers, iridescence has so much raw energy and weirdness—goofy sound and voice effects are scattered throughout—that it’s simply irresistible. 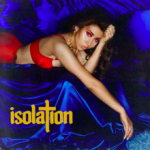 On Isolation, her first proper album (after numerous collaborations with the likes of Snoop Dogg and Tyler the Creator), Kali Uchis reaches and even surpasses the level of some of her influences. She incorporates Brazilian bossa nova, Dancehall reggae, and 90s R&B to create a night-time record with a confident, seductive tone. All of the songs are danceable and catchy, and finding a stand-out is a near-impossible task. 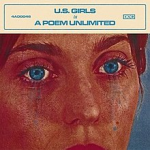 At first listen In a Poem Unlimited is a feminist statement made for the #MeToo era. And in many ways it is, but that doesn’t mean mainstream liberalism is off the hook. Case in point: the catchy disco centerpiece, “M.A.H.” (which stands for “Mad As Hell”), finds its target of anger in Barack Obama. On this danceable, funky record, U.S. Girls use allusions and witty wordplay to criticize the patriarchy in a smart, unique way—which, in a time of many musical attempts at feminism, is quite an accomplishment.

After releasing two records critically-acclaimed for their experimental twists on R&B, Monae reaches outside her “alternative” label into a more “pure” pop on Dirty Computer. Prince-like 80s synths, trap beats, and glam rock guitars feature throughout overt political messages and personal stories. Sexual liberation is a common theme, yet in the end Monae’s message is positive and surprisingly family-friendly: self-love and acceptance conquer even the most oppressive regimes (as depicted in her—while not essential—captivating full-album visual on Youtube). 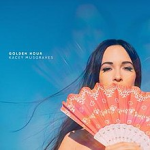 Golden Hour is a beautifully produced escape into sun-soaked summer days. Musgraves borrows from radio pop, 70s soft rock, and traditional country in a magnificent forty-five minutes of music. The country clichés are sung winkingly, and the lyrics in all their simplicity paint an authentic portrait of a woman always on the edge between enjoying life and questioning it. Nostalgia runs current-like under bright acoustic guitars, banjos, and dreamy keyboards, and the result is a near-indescribable feeling: “happy and sad at the time.”