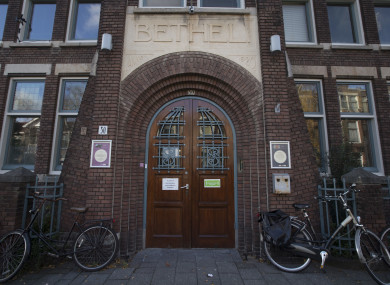 Since 1:30 pm on October 26, Bethel Church in The Hague (a Dutch church in the Netherlands) has been running a non-stop service to prevent a family’s deportation. It all began when an Armenian family granted conditional asylum in April of 2010 was denied further political asylum and was told to leave the country.

The Netherlands’ 2010 General Act of Entry states that police cannot enter a space intended for religious or reflective meetings of a philosophical nature during the worship or reflection meeting. The church that the Armenian family regularly attends decided to use that law to their advantage to save the family from deportation.

For over a month, the church has been holding a continuous service, now surpassing 800 hours, because of the law that permits officers from entering during service. One volunteer stated that the plan was made in secret, and the church prepared by compiling every sermon they delivered in the past ten years into one document. The church has succeeded in doing so thanks to outside support, especially the 400 pastors from around the country that came to keep the service running. Since the family’s plea for asylum has been denied, a legal advisor in the Netherlands informed CNN that the family could theoretically get a children’s pardon and that the parents could apply for a resident permit with that pardon, but it is unsure if the family has applied.

Even though the fate of the family is unsure, one of the pastors stated that the church service will continue until it is clear that the Armenian family can stay.