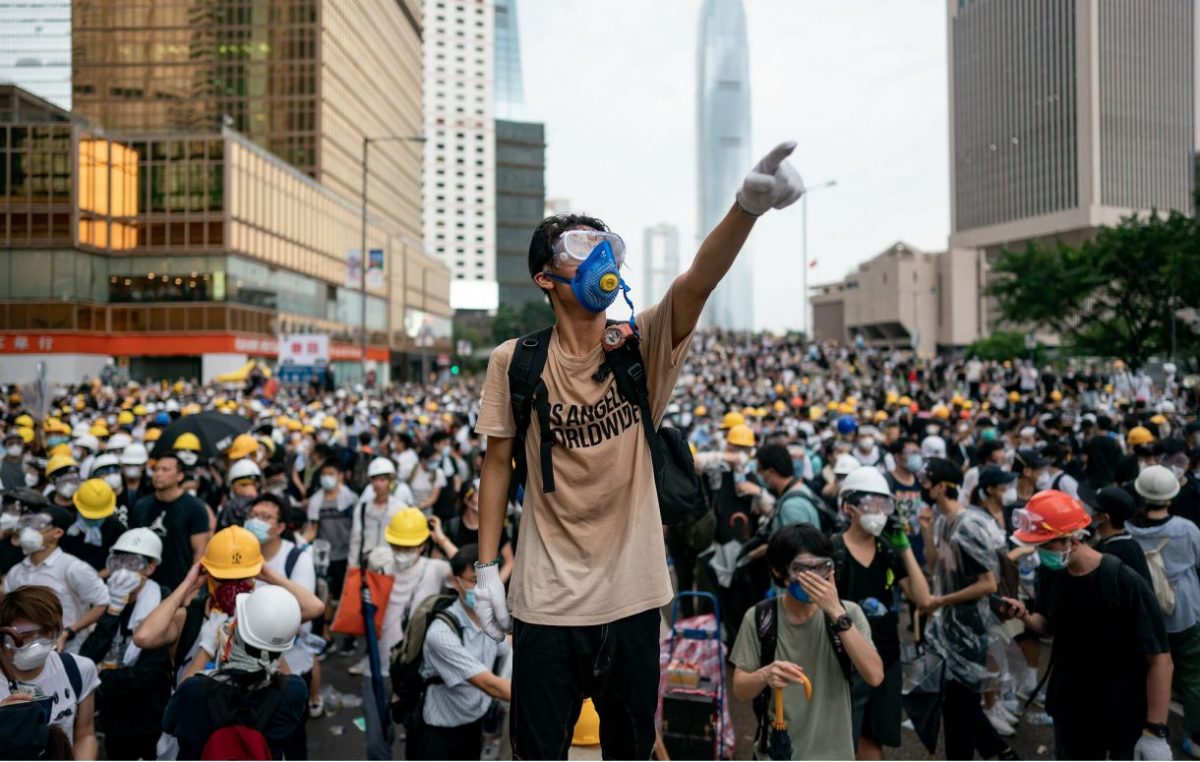 Every weekend for the past four months, protesters in Hong Kong have taken to the streets to send a message all the way to Beijing in mainland China. Since the protests began in June, they’ve escalated in violence and frequency. According to BBC News, protesters stormed “Legco”, the Legislative Council in Hong Kong in July, defacing parts of it through graffiti and symbols. On October 15th, in what would have been the first meeting of Legco since the defacement, opposing lawmakers jumped onto tables and began shouting at Chief Executive Carrie Lam, as she was about to begin her speech, leading to the suspension of her annual address. In August, a protestor was injured, leading to other protesters wearing red-colored eye patches in solidarity. Continuing protests at the Hong Kong airport have led to hundreds of flights being cancelled. On October 1st, the 70th anniversary of communist rule in mainland China, the protests hit their most violent day yet, with an 18 year old being shot in the chest and protesters fighting law enforcement with projectiles and poles. (BBC, 2019)

But what began the widespread protests in the first place? The answer is quite simple: the introduction of an extradition bill this past April.

According to BBC, the extradition bill “would have allowed for criminal suspects to be extradited to mainland China under certain circumstances” (2019). Citizens of Hong Kong feared that this would lead to unfair trials and give mainland China greater influence over Hong Kong. The mass protests and demonstrations that resulted led to Lam agreeing to suspend the bill on June 15th, mere weeks after it was introduced. However, the protesters demands haven’t yet been fully met. Some pro-democracy protesters have adopted the motto: “Five demands, not one less!” These five demands are as follows: “protests not being characterized as riots, amnesty for arrested protesters, an independent inquiry into alleged police brutality, implementation of complete universal suffrage, and the withdrawal of the bill.” (BBC, 2019) Only one of these demands has been met, so protests are expected to continue.

On Wednesday, October 23, Hong Kong’s security minister announced the formal withdrawal of the extradition bill. This movement forward proves that public outcry is continuing to move forward legislators. These widespread protests have also invoked global economic conflicts which has led to many American politicians taking a stance. To learn more about how American companies are involved in the movement in Hong Kong, check out this article.

Formal withdrawal of the bill:
https://news.yahoo.com/hong-kong-completes-process-withdrawing-080100864.html