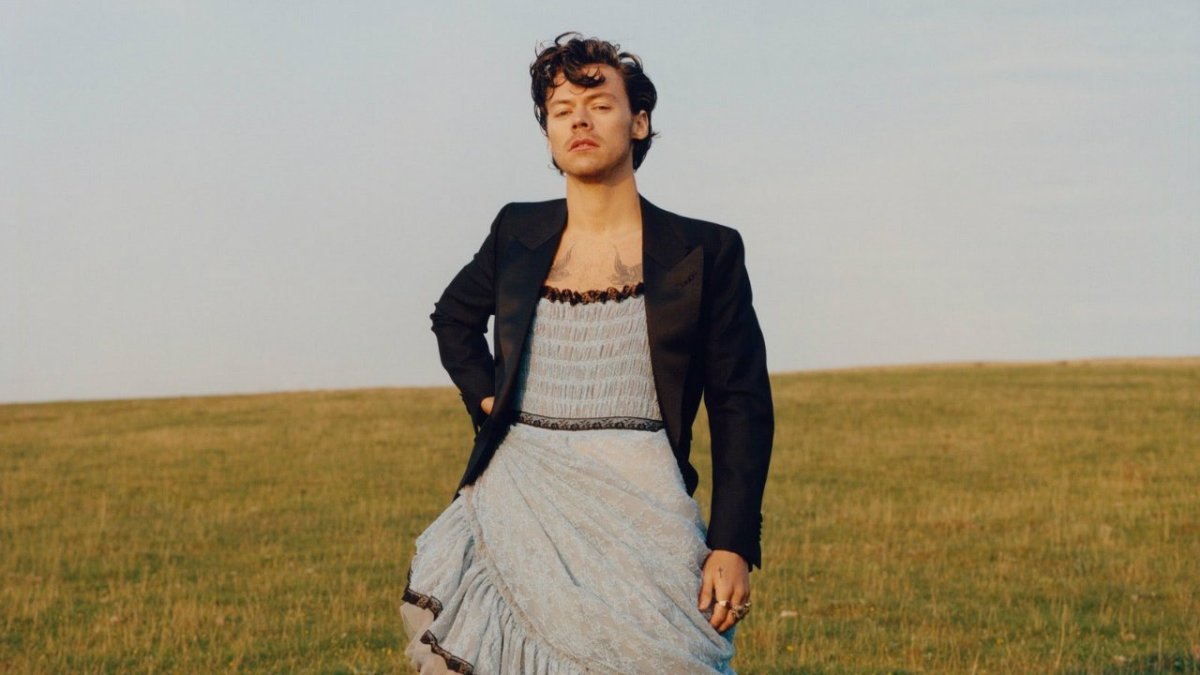 Singer Harry Styles recently modeled for the December 2020 issue of Vogue Magazine. For the photoshoot, Styles wore an assortment of dresses, one of which he wore for the magazine’s cover photo. Soon after the cover photo was released by Vogue via Twitter, several conservative figures criticized Styles for his clothing choice. Conservative political commentator and activist Candace Owens retweeted Vogue with the quote “bring back manly men.” Another conservative commentator, Ben Shapiro, also posted a tweet criticizing Styles, calling his dress a “referendum on masculinity.”

I’m sorry–did I miss something? Is it unmasculine for Styles, or any man, to wear clothing that is typically associated with the feminine? Are men who prefer dresses instead of suits actually trying to abolish the traditional understanding of masculinity that society has come to accept? The answer to both of these questions is no. Men who don the occasional dress are not unmanly, nor do these men share some kind of ulterior motive. In fact, men who wear dresses from time to time–or all of the time–are likely doing so to feel confident, just like when I wear jeans and a T-shirt. The fact of the matter is that gender is too complex of an idea to be defined by fabric, and so is masculinity. Therefore, Styles and others should not care what you and I think of them, and they probably don’t.

One might ask, “When have men actually worn women’s clothing?” Well, a LOT of male celebrities have, in fact, presented as androgynous/nonconforming. Actor Billy Porter regularly wears dresses to award shows. Rapper Young Thug wore a dress and a pointed hat on the cover of his 2016 album, ‘JEFFERY’. Kurt Cobain, frontman for Nirvana, wore a dress and nail polish for a 1993 issue of The Face magazine. Even David Bowie, a pioneer with respect to androgyny, created a fully-formed stage persona fitted with jumpsuits. Traditionally feminine clothes are not only not unmanly. In some cultures–both past and present–value is placed on the idea of men wearing robes, skirts, and other such attire. Look no further than the Scots, some of whom still wear kilts to this day. Furthermore, the Scots aren’t the only example of historically manly men who styled themselves in ways that would be heavily deemed womanly in 2020. The Vikings of Scandinavia often braided their hair. America’s Founding Fathers all wore wigs with ponytails attached. Even Jesus Christ, a prominent religious figure, sported a robe from day to day.

So, if clothes don’t have a gender, and some male clothing is conventionally feminine, then what’s the problem? There isn’t one. A laundry list of evidence exists to prove this, but evidence isn’t even necessary. The ways in which we chose to present ourselves simply don’t matter. To Owens, Shapiro, and other conservatives, I ask: why do you care?