Ava Augustson, a senior at Cary this year, has recently launched her volleyball career. She is the captain of the varsity team this year and was awarded “Player of the Match” four times this season and “Player of the Season” last year (2019 season), and she was even named “Athlete of the Week” by the News & Observer. Ava has decided to continue her volleyball career as a Paladin at Furman University.

When did you begin playing volleyball?

What is your favorite aspect of playing the game?

As most athletes feel, they love the entirety of the game, but Ava specifically feels like her “favorite aspect of playing volleyball is the feeling of getting a kill/block or even a perfect pass in a super important tight match, and turning around from the net for all of my teammates to be screaming and cheering.”

What is your fondest memory of playing volleyball at Cary?

Ava says that her favorite memory while playing volleyball at Cary was during her “sophomore year when we almost took a set from Green Hope (who are now a 5-time state championship team) even though we lost- it’s always such a fun match when it’s super close.” A big part of Ava’s morals that make her a great player is that win or lose, she continues to show leadership and radiates positivity. 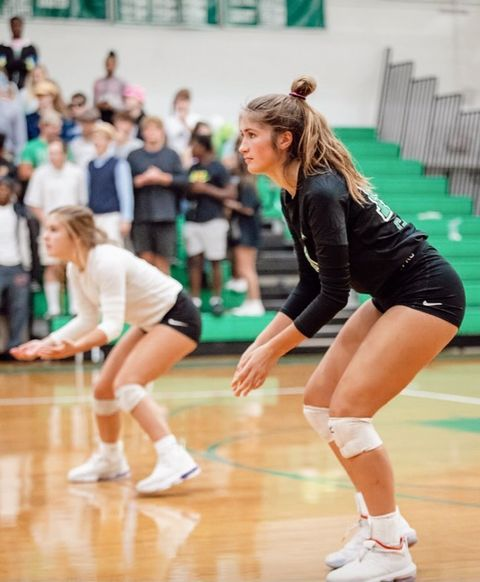 Did playing club volleyball outside of school increase your passion and motivation towards the game?

Ava is currently playing at the popular NC volleyball club, North Carolina Volleyball Academy, which she has been playing on the top national team for 3 years. She says that her experiences playing club have “absolutely motivated me to want to play at the next level in college. I wouldn’t be half the player I am without the coaching and support from my teammates, who are now my best friends if I hadn’t played club.”

Who are the people that have helped you progress the most?

Just like amazing teachers in the classroom, volleyball is taught by amazing coaches. Without teachers and coaches, it would be harder to learn new skills. The people who are playing with you also play a big role in your development. Ava takes consideration into how important her coaches have been in her volleyball career so far as she states, “I think the most influential people in my volleyball career have been my amazing coaches, Coach Goodloe and my club coach, Jon Garner, who have taught me everything I know about the sport. Also, my teammates are important because they are who I look up to, simply for their drive and work ethic, which have influenced me a ton.” 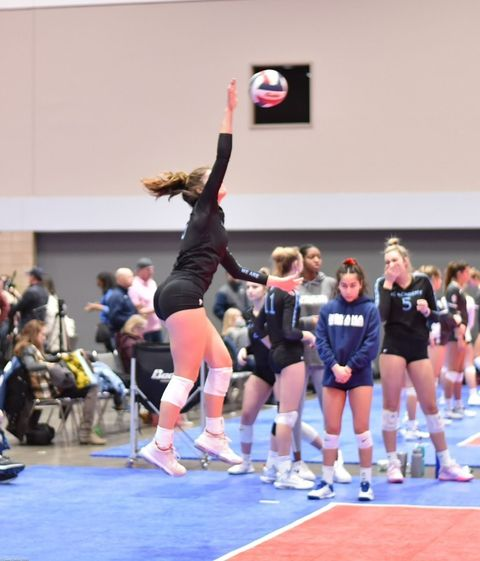 What are some motives of why you chose to sign with Furman?

Ava explains that she “decided to choose Furman not only because the campus and location are so beautiful, but [she] fell in love with the culture and team when I took my official visit. [She] automatically felt super comfortable with all the girls and the coaching staff. It also doesn’t hurt that the education is great.”

Were there any other schools or places you were interested in attending?

As most high schoolers have experienced or will in the future, choosing your college (or after-high school plan) is not an easy task. Whatever you choose to do tomorrow will forever affect the rest of your life. Ava tells us that “when I began my recruiting process I had in mind that I wanted to travel far from home to try and live in a new state, so I was looking at a lot of schools in Florida, New York, New Jersey, and California. But as I progressed in my process and I began going on official visits and meeting the teams and coaches, I realized other factors need to impact my decision besides location- such as the coach, team, and honestly the value of the scholarship you are getting for the education the school has.”

What do you plan to do once you are at Furman?

Starting to begin a new chapter of her life and volleyball career, Ava has had to do some serious thinking about what she wants to do after college. She states, “I’ve struggled with figuring out what I want my major to be, but I am now leaning more towards the medical and science field. Therefore, I will most likely major in Biology or Health Science so I have a good amount of career options to choose from after I graduate.”

**A big thanks to Ava for interviewing with me, and best of luck on your journey! Feel free to continue with her journey with her by following her Instagram account, @avaaugustson! Congratulations and go Paladins!