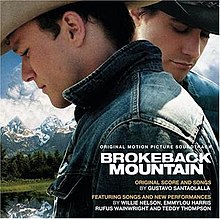 For the past decade, straight actors in Hollywood have pursued LGBT roles to prove that they can play a character whose life experiences have been greatly different from their own. From Armie Hammer to Cate Blanchett, many have gone through this rite of passage, and their fans have applauded them, calling them heroes of tolerance and progress. At first, this was wonderful; the actors who took on these roles dealt with them seriously and were almost always important advocates for the LGBT community. Timothée Chalamet, who stars in Call Me By Your Name, has donated to the LGBT center in New York, and Jake Gyllenhaal, who stars in Brokeback Mountain, donates to LGBT charity GLAAD. Along with their charity work, these established stars can bring lots of attention to LGBT movies, thereby raising awareness of different issues that many would not hear about otherwise.  Eddie Redmayne did this when he played one of the first trans people to undergo a sex change in The Danish Girl.

Although I can’t imagine Modern Family without Eric Stonestreet (who plays Cam), straight actors need to allow for greater opportunity for LGBT actors. According to LGBT magazine The Advocate, 52 straight people have received Oscar nominations for gay roles, and actors such as Sean Penn for Milk and Tom Hanks for Philadelphia have taken home the award for best actor, while no openly gay man has ever taken home the award. The work these actors have done to raise awareness is greatly appreciated, and of course straight actors can certainly play an LGBT role every once in a while, but it is also extremely important that the people representing the LGBT community on television are themselves LGBT, so the youth in that community can have role models who share their experiences.